Austin King was a minor criminal boss in St. Louis, MO. His main call to fame was his popular bare-knuckle boxing matches. The posse met Mr. King when Lucius Jones accidentally killed one of his boxers, Roger, in a brawl outside the Snake’s Den saloon. He offered Lucius a job as a boxer and soon had Lucius completely in his power. Unfortunately, Lucius began to chaff under Mr. King’s control, and Mr. King did not help matters with veiled threats to him and the posse. The posse found an ally in Mr. King’s boxing champion, Yang Li. Eventually, things came to a head and after an explosive confrontation, Mr. King was left laying in a puddle of his own blood. It was during this confrontation that the posse learned that Austin King was a huckster. 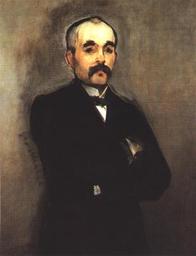