William is a one-armed mad scientist who has helped the posse in the past.

William Burton is the son of James H. Burton and Elizabeth Keller. He was born in Macon, GA in 1853. He attended Cambridge University in England before becoming an officer engineer in the Confederate Army. He was honorably discharged from the army when an ordinance explosion took his left arm. However, he continued to work with the army as a contractor.

He was apparently assigned the task of evaluating the devices of Sterling Simms when Simms was arrested for disorderly conduct and suspected of being a Yankee spy. Simms’ devices fired up something in William’s imagination and after a feverish dream, he awoke the next day and began building his Astral Echo Resonance Sensor.

William assisted the posse in tracking down the Burning Man. 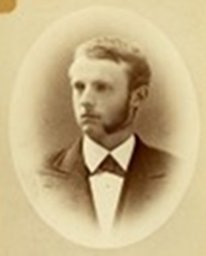